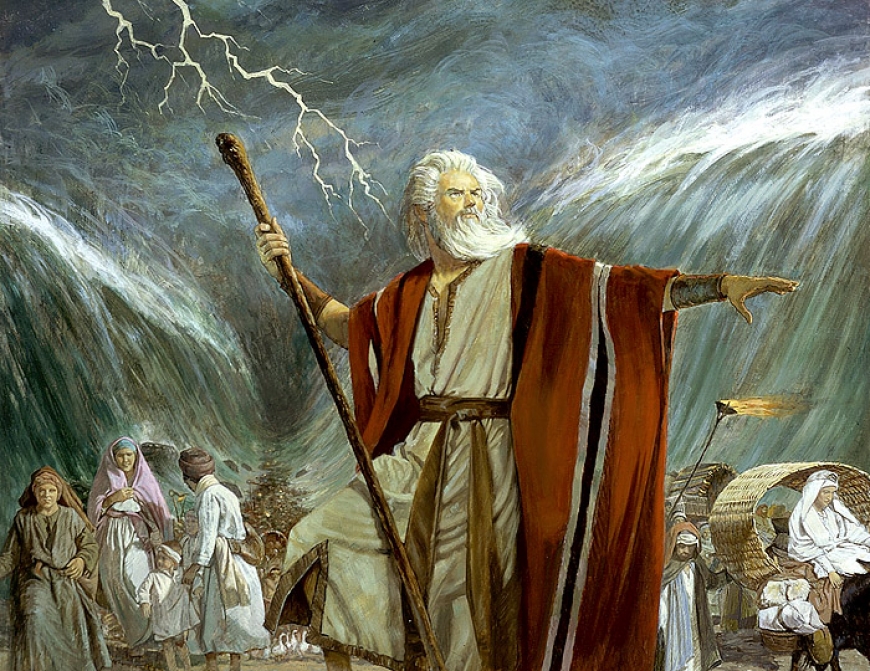 A crisis in organisational leadership? Featured

While more money is spent on Leadership Development than on any other area of corporate learning, 71% of companies do not feel that their leaders are able to lead their organisations into the future.

Only 18% say that their leaders are “very effective” at meeting business goals.  Some of the crisis is generational, with 10,000 Baby Boomers retiring every day and two-thirds of millennials looking for a new job.  Despite the expenditures, the statistics indicate that succession plans are failing, and 58% of organisations have it as top priority to close leadership skill gaps[i].

What if we have been looking in the wrong direction for the response to this problem?  What if the solution lies in a different approach?

Nearly all the books on leadership have been written in the last 30 years.  Before that we didn’t have leaders; we had bosses.  The leadership training and coaching industries have developed since then.  I suggest two primary reasons for this.  1) Companies began to think that people and their motivation was important, that they might be more effective, or might simply leave if they found it elsewhere.  2) The world became more complex and we needed technical experts who might know more than their bosses.  Telling people what to do was an inadequate skillset.  So far, so good

The statistics above suggest that the new model is failing.  In general, how much better is our leadership now than it was then?  If you are a leader, do you feel that more is being asked of you than is within your capacity to deliver?  If you are looking at those around you, do you see leadership that feels truly fit for purpose, or just the best that you can get?

My contention is that leadership as a concept is reaching its limits.  However much it has improved, all the indications are that we are falling short more than ever.  Stress levels are higher.  The unpredictability and complexity seem always to be a step ahead.  The average tenure of a FTSE 100 CEO is 5 years.  Sustainability doesn’t live here.

Where is the intelligence of an organisation? 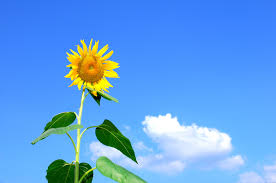 I have been thinking lately about sunflowers.  You probably know that these plants turn their face to the sun as it moves through the sky – in French they are even called “tournesol”.  You are also likely to have been taught that the plant kingdom doesn’t have brains.  So where is the leadership in a sunflower?  Science doesn’t quite know yet as it hasn’t even been looking, but a leading researcher, Michael Pollan, says this, “They have analogous structures. They have ways of taking all the sensory data they gather in their everyday lives ... (they) integrate it and then behave in an appropriate way in response.” And there is more – they seem to hear without ears, to remember and to learn from experience.[ii]

There has been a basic assumption until now – that the brains of an organisation are, or need to be in its leaders.  But leaders can only see part of the picture and they work with information that is pre-filtered.  At best it is limited to the questions that they ask or the data that has been programmed as necessary, at worst distorted by chains of communication and systemic biases.  So who would spot the unexpected?  The leadership model is one that ensures intelligence will be constrained.

Please don’t misunderstand.  I am not arguing here for flat organisations, turgid consensus (heaven forbid) or getting rid of leaders.  But simply developing leaders is not getting the job done, because that doesn’t in itself awaken the organisational intelligence.  We have to see the organisation differently and we have to look at what would increase its capacity; its knowing; its ability to bring in data from its environment and to act responsively.  There is a reason for using the sunflower image – somehow our organisations need to be able to know where the sunshine is, without having to be told. 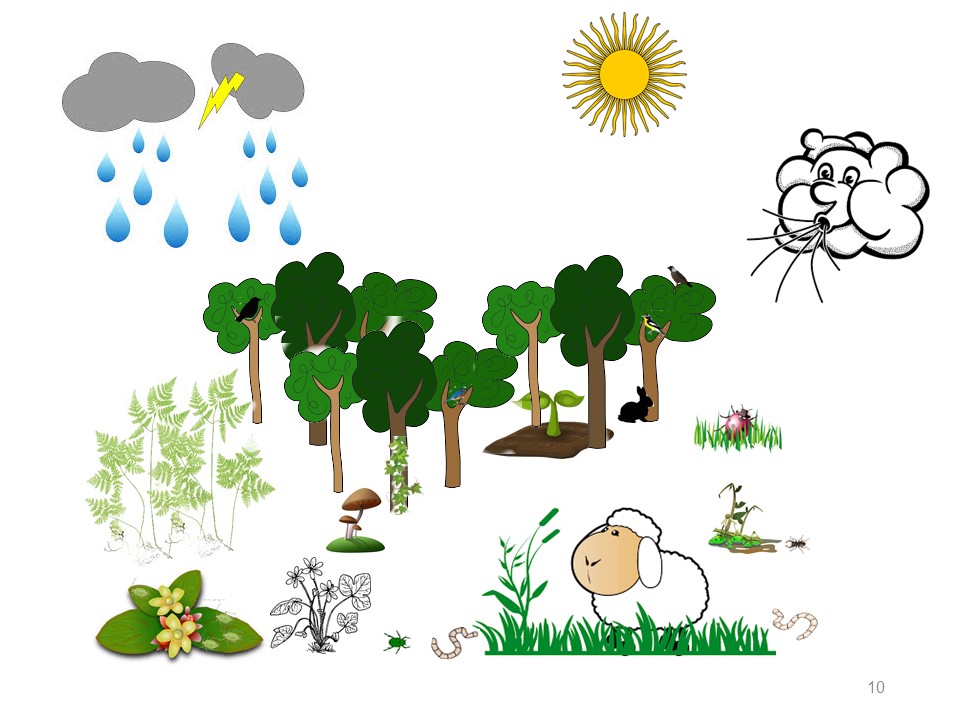 To extend the analogy, think of your organisation as if it were a forest.  Don’t just see the trees, either, look at the soil filled with worms and beetles, micro-organisms, lichens and fungi.  Include the birds and rabbits (or whatever), the ferns and bushes, grasses and vines.   It is estimated that a single mature oak may support several hundred species.  Each tree grows in response to available light, rainfall, wind.  Beech trees share nutrients with each other.   The entire ecology is a sensing, adaptive system, and as Nora Bateson has observed “When we look to nature for models, we find that there is not an ecology that would accommodate the existing model of leadership.”[iii]

In the evolution of organisations, our model of leadership is one step up from bosses in a journey that needs to continue further.  Today’s complex and fast-changing world needs more than leaders.  Humans are used to the old ways, to thinking that somewhere there is a Moses who will lead us to the Promised Land.  Occasionally special people show up and we all-but-worship them, Steve Jobs, Richard Branson or whomever you admire. We read their biographies and look to learn their special formulae but I suggest that these people distract our attention and support a mythology.  We expect the same of our politicians.  Is it surprising that we are regularly disappointed in both areas?   Isn’t the truth that this is too much to expect, and that perhaps we need a different approach? 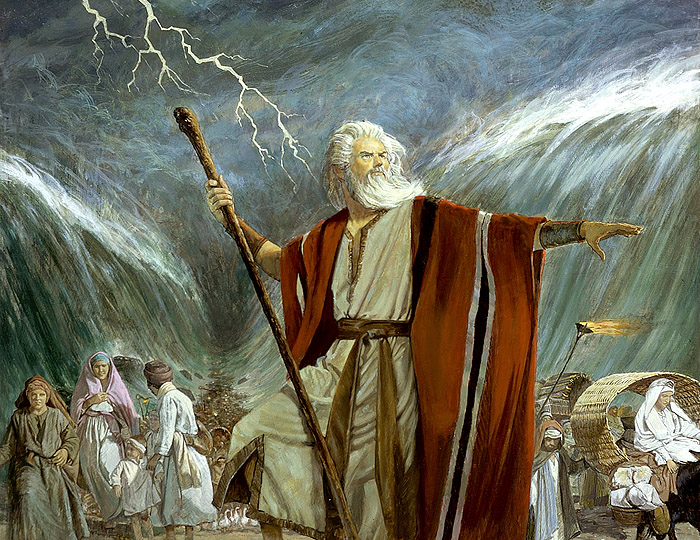 The good news is that there are other ways.  It is possible for organisations to become more intelligent.  To a huge extent the intelligence is already there, latent, dormant and held in check.  You can release it.  And while it may seem that there is never sufficient information – that we don’t know what we need to know – this too is largely a mythology.  It is possible to open up the system to be more aware of itself and its environment.  This is not done by Big Data and AI.  Information systems can be a support, but when data still has to pass up a chain and to be examined by a committee, it is not responsive.  In addition you are always at risk of being blindsided by the data you are not collecting, the questions you didn’t think to ask.  Outsourcing the brain isn’t an answer; humans don’t manage forests as well as forests do.  We have to in-source, or re-source.

There is no cookie-cutter for this work and no predetermined timescale.  The organisation knows how fast it can go, which change is needed first and how much it can handle without disruption.  It only needs to see itself more clearly.  There are many ways to develop the awareness, to detect the blockages and to find fresh ways forward.  If consultancy was ever about telling organisations what to do, that is not what is involved here.  We can’t give you answers, but we can help you see what questions to ask, and to ask them in ways that reveal what you need to know.

This is what my colleagues and I know how to do.  It is what excites us.  If you want leadership training, we know how to do that and many of us will still do that for as long as it is asked for, but it isn’t the future that we see for ourselves or the world.  If you know that you need something more, new and different, something fundamentally empowering and given time, potentially transformative, call us.   It starts with an open-ended conversation, and we are eager to explore with you.  We learn from the conversations and if we can help, then so much the better.  You will know when the time is right.

More in this category: Is your company ALIVE? »

Make sure you enter all the required information, indicated by an asterisk (*). HTML code is not allowed.